Self-conceit of a Scientist

Skhema-Hegumen Savva (Ostapenko). "The Experience of Formation of the True World View." 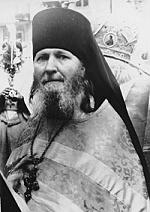 One of my spiritual children, K.N. told me a sad story about him, as a fiend plunged him into pride, and as his Guardian Angel initially helped him to recognize the schemes of the Devil.

At work he held a position of responsibility and communicated with great scientists in line of duty. Once a professor said, "If science had discovered what processes run in that and that, we could do that and that ... It would have been a tremendous energy saving". K.N. answered him: "That what happens there is that ...", and unconsciously, as in a dream, he says, he says and he is horrified to think," Well, I am possessed! Who says in me? And what does he say? Now everyone will know that I am insane ... How the authorities will react to this? They will fire me!"

He was ashamed and afraid for himself, he wanted to stop but he couldn’t. Even so he said: "All this you can test by experiments... see for yourself!" A month later, when his words were confirmed, they glorified and exalted him so that for five years he lived in constant fear for himself.

They addressed to K.N. with the most difficult questions. He had such clarity of mind, that at first he was surprised and afraid, and then got used to it and in five years he unwittingly agreed with the proud thoughts, he attributed fame to himself, and since then he started to fall. He began to exalt above all others, wondered at the "stupidity" of the experts and administrators, and sometimes the feeling of contempt, disgust, fastidiousness crept inside him. He stopped to see the image of God in a man, a keen sense of injustice appeared in him, he became acutely observant of the shortcomings of others and indignant at their "unworthy" behavior. Against the background of the "evil" people he could clearly see his superiority and "goodness" of his life and as a Pharisee always exalted above them. In his view, people were divided into two categories: good and bad. He avoided "bad" people and turned away from them. He was gentle, polite, courteous, attentive with good people, and, as a father or brother, took care of them. He loved them, they loved him, and among them, as the saying goes, it was peace and quiet. His mood was always elevated; he was feeling happy and well. The lurking enemy cunningly led him farther and farther, anticipating victory. Pride was developing in him at a breakneck pace. He felt in himself the ability to counsel others, to lead them to salvation. And something happened with him here that reduced him to terrible, dismal, hopeless despair. Suddenly, the devil attacked him from two sides: he revealed him the depth of his pride and inflamed his fleshly lusts. Another five years the enemy tormented him with blasphemous and carnal thoughts.

"Who knows - finished his story K. N. - how would that have ended if I had not met my spiritual father in the course of my life. I think I would not avoid the torments of hell. But merciful God, not wishing the death of the sinner, had mercy on me, showing me the spiritual path of life, as an anchor of salvation. Help me to get rid of pride! Oh, I'm afraid of this passion! Indeed, you can become proud, thinking: "I am humble."