One True Vision Was Followed By a Number of False Ones 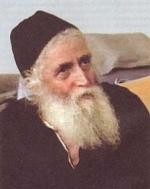 Elder Paisios of the Holy Mountain

- Geronda, what should we answer to the people who tell us about their visions, that they had seen such and such a Saint, or about something similar?

- It is better to advise such people to be cautious, restrained. Such attitude to visions is more reliable, because not all people are able to discern whether it was a vision from God or from the Devil.

But even if the vision is from God, a person should not accept it the first time. God, seeing that His creation – a man - does not accept the vision [is not upset, but on the contrary], in some way, is touched. Indeed, such an attitude to the vision shows that the person has humility. If the Saint who appeared to a person was a real Saint, and the man did not accept this vision, God knows way to notify the soul of the man and lead it wherever He wants. Attention is needed, because the Devil [instead of the Saint] can come, which will turn on [demonic] "television" and begin his transmission...

I remember one woman who did not receive any help from people, and therefore had the right to the Divine help. God, wanting to help this woman, gave her a vision. However, after this vision, the Devil suggested her the following thoughts: "Who knows, maybe God has honored you with this vision because He destines you to some higher mission!"

Since that moment when she believed in such diabolic suggestions, the Devil started his work and she fell under his power. But after all God had mercy on her. She had a vision, and she heard a voice saying to her: "Write a letter to father Paisios and describe all the visions that you had." She wrote me a letter and told about all previous visions. The Devil utterly tormented her. Yes, all her visions were real, but almost all of them were from the tempter. Only the first and last of her visions were from God. Wanting to bring her to life and to help her to get rid of delusion, God allowed this last vision to happen. Finally, the miserable woman obeyed my advice and managed to get out [of the net] of the Devil visions that she had.

This article in Russian