Noetic Prayer Is Incompatible with Concealment of Thoughts 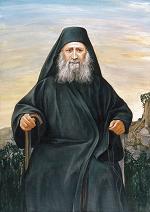 Heart prayer is not susceptible to delusion, unless one is passionate and already deluded.  With heart prayer, as soon as the nous enters the heart, immediately its darkness is cleared and straightaway it becomes peaceful and calm.  It rejoices, is sweetened, rests, and is cleansed.  It rejoices and becomes like a small child free from passions.  Bodily members which used to tempt him become peaceful and humble, just like the hand, the nose, and the rest of the members of the body.

Therefore, whoever wants to, let him taste this honey, and it will become a fountain of joy and happiness within him, unless one is cunning, hypocritical, envious, miserly, sensual, vainglorious, or in general passionate; if one wants to say the prayer while voluntarily remaining with his passions, unrepentant, incorrigible.  Such a person obviously disdains the action of the prayer and the mercy of the Lord.  The prayer helps everyone, but each person must struggle in accordance with his own strength.  God gives His grace according to one’s intention.  If anyone says the prayer without repenting, either the prayer will cease, or he will fall into delusion.

Women in particular make progress in the prayer more easily because of the self-denial and obedience they have to their spiritual guide.  However, the faster they make progress, the more easily they fall into delusion, if they proceed thoughtlessly without caution.

It is not just a matter of saying the prayer, but it is also a matter of being attentive.  You must be vigilant with your thoughts, masterfully controlling them.  Otherwise, they will take control of you and in the end you will become the laughing-stock of the demons.  I have never seen a soul make progress in the prayer without frankly confessing secret thoughts.

My child, do you want to crush the head of the serpent?  Openly reveal your thoughts in confession.  The strength of the Devil lies in cunning thoughts.  Do you hold on to them?  He remains hidden.  Do you bring them to the light?  He disappears.  And then Christ rejoices, the prayer progresses, and the light of grace heals and brings peace to your nous and heart.