The Devil Convinces Not to Obey Anyone 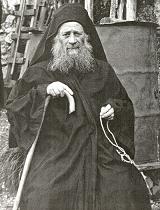 O how dreadful is the delusion of the nous!  And how imperceptible!  Let me write a little about it for your information.  I was very daring with these things and examined every kind of prayer.  I tried out everything, because when grace approaches a person, his nous—that “shameless bird” as Abba Isaac calls it — seeks to penetrate everywhere, to try out everything.  It begins with the creation of Adam and ends up plunging into depths and soaring to heights.  If God did not set any boundaries, it would not return.

So, this method of heart prayer is a “praxis” method which we employ to keep the nous in the heart.  And when grace overflows, it raptures the nous into theoria, and the heart burns with divine eros and is all afire with love.  Then the nous is completely united with God.  It is transformed and melts like wax before the fire or like iron assimilated with fire.  Iron’s nature does not change, but as long as it is in the fire, it is one with it.  But when the flame withdraws, it returns to its natural hardness.

This is called theoria.  Then tranquillity reigns in the nous and the entire body is calm.  At this point, a person can pray both with words and with improvised prayers and ascend to theoria, without enclosing his nous in his heart.

For we pray noetically so that grace may come.  When grace is present, the nous does not wander.  And when the nous stands still, it employs all the kinds of prayer; it tries out everything.

So then, the method of prayer which they are using is not delusion; however, it can easily turn into delusion because their nous is simple.  It has not been purified, so it accepts fantasies instead of theorias.

Take, for example, a spring by the seashore that wells up clean water.  Suddenly a storm breaks out, the sea rises, and our little spring is polluted with sea water.  Now let me see you, no matter how clever you are, separate the sea water from the spring’s water.  The same thing happens with the nous.

Now pay attention to what I shall say:  The demons are spirits.  Therefore, they are akin to and assimilated with our spirit, the nous.  The nous is the purveyor of the soul, for it brings every appearance and perception of a noetic movement to the heart, which in turn filters it and gives it to the mind.  Therefore, the nous can be deceived just as the spring was polluted in the example.  That is, the unclean spirit stealthily pollutes the nous, which in turn, as usual, gives whatever it has to the heart.  If the heart is not pure, it gives the murk to the mind, and then the soul is darkened and blackened, constantly accepting fantasies henceforth instead of theorias.  In this manner, all the delusions arose and all the heresies occurred.

But when a man is filled with grace, is always cautious, and never becomes overconfident or trusts in himself, but rather has constant fear throughout his life, then when the evil one approaches, he notices some anomaly—a certain disparity occurs.  And then his nous, heart, mind, and all the strength of his soul, seek the One Who can save him.  He seeks Him Who brought everything to existence out of nothingness and scrutinizes everything; Him Who is able to divide the waters from the waters.   And when you fervently call upon Him with copious tears, the deception is revealed, and you learn how to avoid delusion.  Once you have experienced such things many times, you become a “practiced” man.  Then you endlessly glorify and thank God Who opens our nous to recognize the traps and wiles of the evil one so that we may escape them.

Truly I tell you that I have entered into all the lairs of the enemy, and after a harsh combat one-on-one, I emerged victorious by the grace of the Lord.  And now, if anyone is ill, I am able by the grace of God to free him from his sickness of thoughts and from his illness of delusion, as long as he obeys me.  For when someone gripped by delusion obeys someone else, it is possible for him to be delivered from it, and for the evil one to lose control of him.  This is why the Devil advises and convinces him not to believe anyone anymore and never to obey anyone, but henceforth to accept only his own thoughts and trust only in his own discernment.  Lurking within this haughty attitude is that huge ego, the Luciferian pride of the heretics and of all who are deluded and do not want to return.