About Jesus Prayer and Heavenly Guest 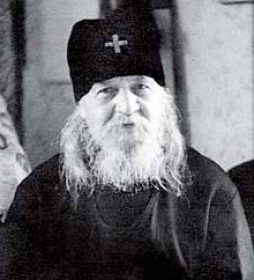 I received your letter and you wrote to me that you are getting the habit of Jesus Prayer. I was very scared once, as there was warmth in my heart but not from the blood, a very special one, I cannot explain. This warmth went along all my body and tears steamed; all people became so good, I would prostrate in front of any of them. After that, I became weak, could not stand on my feet and lay down on my bed. I was getting up and walking although but the tears and the warmth in my heart lasted all day. Do not be scared and do not have high thoughts about your condition, do not tell the others about it, for they will not understand, thinking that you are in spiritual deception. St Ignatius Briachaninov called your condition ‘Heavenly guest’. Try to have attentiveness in yourself, for the attentiveness is the soul of the prayer. Do not condemn anyone, do not have neither enmity nor wiliness, nor vainglory, and, which is most important, nor arrogance; otherwise, this heavenly guest will not visit you.

You are also writing me that ‘sometimes the prayer is ceasing’. It cannot be otherwise. Only God is unchangeable and the Angels glorify Him always. St. Makarios the Great said according to his spiritual experience that ‘the change can happen to anyone like it happens in the air’. St. Mark also witnesses this in his writings. St. Isaac the Syrian says in his Word 46 and in the other places in details and at large.

It is no coincidence that the Holy Fathers said that everyone might have variable states; they said that out of their own spiritual experience. Do not fall into despondency[1] but continue to work hard on your prayer, because without prayer your life will be filled with much sighing. Our Lord, too, gave us an example to always pray and not give up  (Lk.18:2)

Should something else happen, write to me.