St. Ignatius (Brianchaninov). "On Prelest". About Animal and Spiritual Zeal. 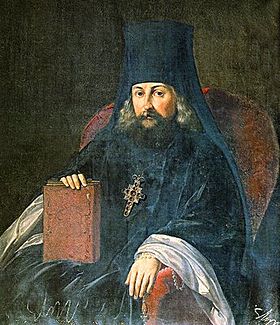 A monk must surely beware of carnal and animal zeal, which appears pious outwardly but in reality is irrational and bringing harm to the soul. Wordly people and many monks, in their ignorance and inexperience, often praise such zeal without understanding that it springs from conceit and pride. They praise this zeal as zeal for the faith, for piety, for the Church, for God. It consists in a more or less strong condemnation and criticism of one's neighbours in their moral faults, and in faults against church orders.

Deceived by a wrong conception of zeal, these impudent zealots think that by yielding themselves to it they are imitating the Holy Fathers and holy martyrs, forgetting that they, i.e. the zealots - are not saints, but sinners.

If the saints accused or convicted those who were living in sin or heresy, they did so at the command of God, as their duty, by inspiration of the Holy Spirit, not at the instigation of their passion and demons. Whoever decides of his own self-will to convict his brother or make some reprimand, clearly betrays and proves that he considers himself more prudent and virtuous than the person he blames, and that he is acting at the instigation of passion and deception and diabolic thoughts.

What is a beam in this connection? It is the earthly wisdom or carnal outlook, hard as a beam, which deprives the heart and mind of all capacity for true vision; so that one is quite unable to judge either one's own inner state or the state of one's neighbour. Such a person judges himself and others as he imagines himself to be, and as his neighbours appear to him outwardly, by his carnal mind, mistakenly. And so the Word of God is extremely just in calling him a hypocrite.

A Christian, after being healed by the Word of God and the Spirit of God, gains a true view of his spiritual state and of that of his neighbours. The carnal mind, by striking his sinning neighbour with a beam, always upsets and confuses him, often ruins him, never does any good and cannot bring any benefit, and has not the least effect on sin. On the other hand, the spiritual mind acts exclusively on the soul-sickness of one's neighbour, compassionates, heals, and saves him.

It is worth noticing that, after acquiring spiritual understanding, the defects and faults of one's neighbour begin to seem very slight and insignificant, as redeemed by the Saviour and easily cured by repentance - those very faults and defects which seemed to the carnal understanding so big and serious. Evidently, the carnal mind, being itself a beam or a plank, gives them this huge significance. The carnal mind sees in others sins that are not sins at all. For this reason, those, who are carried away by foolish zeal often fall into slandering their neighbour and become the tool and toy of fallen spirits.

St Poemen the Great relates that a certain monk, carried away by zeal, had the following temptation: he saw another monk lying on a woman. For a long time he struggled with the thought that urged him to stop them from sinning. At last, he gave them a kick with his foot, saying: "Stop it!" Then he realized that it was two sheaves (Alphabetical Patericon).

St Abba Dorotheus is telling that during his stay in Abba Seridas' cenobitic monastery, one brother slandered another brother, carried away by foolish zeal, which is always associated with suspicion and apprehension, and is very prone to fabrication. The accuser charged the accused with stealing figs from the garden and eating them early on Friday morning. But when the abbot investigated the matter, it turned out that the slandered monk had not been in the monastery that morning, but in a neighboring village, having been sent there by the steward, and that he returned to the monastery only toward the end of the Divine Liturgy (Directions on Spiritual Training by Abba Dorotheus, chapter 9).

Poemen the Great was asked, "What is faith?" Poemen the Great replied: “Faith consists in remaining in humility and showing mercy”(Alphabetical Patericon); that is to say, in humbling oneself before one's neighbours and forgiving them all discourtesies and offenses, all their sins. As foolish zealots make out that faith is the prime cause of their zeal, let them know that true faith, and consequently also true zeal, must express themselves in humility regarding our neighbors and in mercy toward them. (Here we are speaking about faith by one’s deeds, and not the dogmatic one. About their difference, look up in the Philokalia, part 2, monks Kallistos and John, chapter 16). Let us leave the work of judging and convicting people to those persons on whose shoulders is laid the duty of judging and ruling their brethern.

“He who is moved by false zeal,” says St Isaac the Syrian, “is suffering from a severe illness. O man, you who think to use your zeal against the infirmities of others, you have renounced the health of your own soul! You had better bestow your care on the healing of yourself, and if you want to heal the sick, know that the sick needs nursing, rather than reprimand. But you, instead of helping others, cast yourself into the same painful illness. This zeal is not counted among men as a form of wisdom, but as one of the diseases of the soul, and as a sign of narrow-mindedness (of spiritual mind) and extreme ignorance. The beginning of divine wisdom is quietness and meekness, which is the basic state of mind proper to great and strong souls and which bears human weaknesses. ‘We then that are strong’, as the Holy Scripture says, ‘ought to bear the infirmities of the weak, and not to please ourselves.’ (Rom 15:1). And again: ‘Restore a sinner in a spirit of gentleness’ (Gal 7:1). The Apostle Paul counts peace and patience among the fruits of the Holy Spirit” (Sermon 89).

In another place, St Isaac says, “Do not hate the sinner; we are all sinners and deserve condemnation. If you are moved for God's sake by the sinner, weep over him. Why should you hate him? Hate his sins and pray for him and you will resemble Christ Who was not angry with sinners but prayed for them. Do you not see how He wept over Jerusalem? But in many cases we become a laughingstock for the devil. Why should we hate those who are mocked like ourselves by the very devil who mocks us? Why, O man, do you hate the sinner? Because he is not so righteous as you are. But where is your righteousness when you have no love? And if you have love, why do you not weep for him instead of persecuting him? Some people, thinking that they have sound judgment in regard to the deeds of sinners, get angry with them; they act like this out of ignorance” (Sermon 90).

Indeed, it is a great calamity: self-conceit! Indeed, it is a great calamity: refusal of humility! A great calamity is that attitude or state of soul in which a monk, without being called upon or asked, merely from a sense of his own fitness or aptitude, begins to teach, convict, reproach, or blame his neighbours! When asked to give advice or express your opinion, either refuse to do so because you know nothing, or else in extreme necessity speak with the greatest caution and modesty, so as not to wound yourself with pride and vainglory, and your neighbour with a harsh and irrational word of yours. When for your labour in the garden of the commandments God grants you to feel in your soul divine zeal, then you will see clearly that this zeal will urge you to be silent and humble in the presence of your neighbours, to love them, to show them kindness and compassion, as St Isaac the Syrian said (Sermon 38).

Divine zeal is a fire, but it does not heat the blood! It cools it and reduces it to a calm state (Philokalia, part 1. Dialogues of St Maximus Kavsokalyvites with St Gregory of Sinai). The zeal of the carnal mind is always accompanied by heating of the blood, and by an invasion of swarms of thoughts and fancies. The consequences of blind and ignorant zeal, if our neighbour opposes it, are usually displeasure with him, resentment, or vengeance in various forms; although if he submits, our heart is filled with vainglorious self-satisfaction, excitement, and an increase of our pride and presumption.