Hegumen Nektariy (Morozov). Pseudo-eldership: where does it come from and how not to get caught by it? 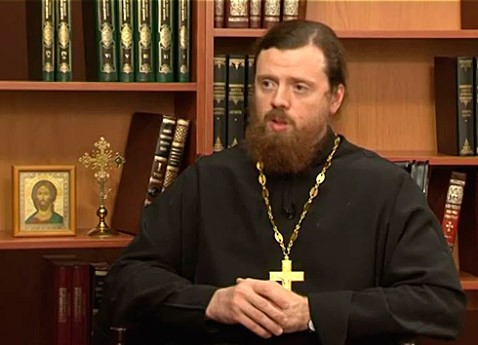 Not to replace the Lord

Spiritual guidance is one of the most challenging tasks for a priest. Therefore, both he himself and the person who comes to him for advice should always remember about precautionary measures. It is even difficult to say for whom they are more important.

Each of us, priests, should very well understand our own spiritual level and be aware of our personal Christian and human imperfection. Then we realize how careful we need to be in all our actions in relation to those people who expect from us a word about God and instruction in following Him.

After all, the priest will give an answer to the Lord not only for himself, but also for those whom God himself has entrusted to him, and sometimes even a stricter answer. Putting a stone in an outstretched hand instead of bread or giving a snake instead of a fish is very scary!

As for the person who follows the advice of this or that priest, he probably needs to look first of all at how much the priest trusts himself.

If in some difficult life situation or in some difficult spiritual issue, he says: “Look, this is what the Lord, the holy fathers, said about this in the Gospel. Let's figure out together how you should act in this situation.” Or he suggests doing this and that, but not because this is his pastoral opinion, but because the whole law of spiritual life tells it.

The priest does not reveal any secrets to the believer who turns to him, but simply turns him to face the law of God. The person himself does not want to look into the eyes of his own conscience, to peer into his own heart, and the priest helps him to do this. But the shepherd cannot do something instead of someone.

After all, we come to the Church to learn how to fulfill the will of God. And although the gift of understanding the will of God is given first of all to a person, it is very scary when the one who must lead us to God stands between us and Him, trying to replace the Lord with himself.

And this temptation is present almost constantly. It is not necessary that the pastor deliberately wants to make such a substitution, but spiritual authority is dangerous, like any other, which convinces a person that he is not like everyone else.

Power is given to the shepherd for creation, not so that he can use something or feel a sense of satisfaction. This is a kind of terrible responsibility before God and before people.

As soon as you feel your exclusivity, you need to leave everything and deal with yourself until you come to the feeling that you are not only unlike others, but you are worse than others, because you have not yet brought any special fruit in your life from that grace that the Lord gave you.

Metropolitan Anthony of Sourozh has repeatedly told about a certain hieromonk who, standing before the Holy Table in the first days after his ordination, felt panicky fear: how can I celebrate the Liturgy?

Once, seized by this fear, he suddenly felt that between him and the Holy Table Someone stood and gently, but very persistently, pushed him away. At that moment, the hieromonk quite clearly realized that Christ Himself celebrates the Liturgy, and at that moment he is only His servant. And the tormenting fear left him.

That is, the priest is only an instrument through which the Lord acts, and the instrument is imperfect and not quite suitable. This thought humbles and helps God to act through our weakness. Otherwise, the grace of God sometimes cannot break through us to help another person.

Who is at risk?

There are times when priests insist that this or that person make some vital decision at their instigation: to marry, divorce, adopt a child or send him back to an orphanage, to have an operation, which, as it turns out, was not necessary, change jobs and so on. And the worst thing is that people listen to such advice. Why?

On the one hand, today obedience and humility are extremely difficult for a person, because each of us puts his own will above all else and wants to achieve his own goal at all costs, sweeping away any obstacle on the way.

On the other hand, a person is ready to completely transfer his will to someone and not to worry about anything else - that is, to relinquish responsibility for his own life. This is very tempting because it seems that everything is decided for you.

The same thing happens in all totalitarian sects, when the weaker will seeks submission to the stronger one. They say that when a person with a weak psyche looks at a waterfall, he wants to throw himself down, something carries him into the abyss.

Kipling's story known from childhood: the wise Kaa and the Bandar-log, as if spellbound, walking into the mouth of the snake. “Come closer” - and people with a suppressed will go and submit themselves to a person who does not care about doing the will of God, but wants to be obeyed. Divorce - they get divorced, sell the house - they sell it, give your money to me – they give it away.

And the strangest thing is that the same people at the same time reject the words of an ordinary, normal priest in the church, who gives advice consistent with the Gospel, and does not offer anything from himself.

In the Yaroslavl region there is a certain monastery or skete where the “elder” lives, who all the time says that the last times have come, that you need to give up everything, including your own unholy unbelieving family, and come to this skete to be saved.

Many people visit him, including parishioners of Saratov churches. These people do not listen to any reasonable arguments - it is very difficult to recover consciousness for someone who has already come under the influence of the personality of a pseudo-elder.

Professor Fedor Viktorovich Kondratyev, who worked at the Serbsky State Scientific Center for Social and Forensic Psychiatry for many years, told me about a special classification of those who got into a totalitarian sect.

The first category includes people who have practically no critical thinking and who instantly obey, becoming part of a controlled mass. The second category is people who are able to analyze: seeing the contradictions within the sect, they leave it.

The third type is those who soberly assess everything, but remain in the sect, because they understand what opportunities are hidden here. Such people turn into leaders of the middle and upper echelons of the sect.

So, a person who knows how to think critically and lives responsibly, having got into such a community led by a pseudo-elder, begins to see the incongruity of everything that happens. This spiritual leader speaks of the onset of the last times, when it is necessary to put aside other cares and focus on saving the soul, but at the same time he is, for example, irritable, angry, selfish.

But the one who is completely suppressed no longer sees the lie. Such people, “borderlines”, who are easy to brainwash, can be easily recognized. And a person who wants power over them will certainly separate them from the crowd and subjugate them.

Is it possible to recognize a tendency to such a lack of will in oneself? We need to look at how your relationship with your confessor is built. He must teach you how to act correctly, give you a guideline and an image of Christian life. And even when the confessor leaves, gets sick, eventually dies, you continue to follow this image, because you have accepted it with your heart, and you bear the separate fruit of the Christian life.

But if you are waiting for your spiritual father to instruct you on how to act at a given moment, and you try to throw off any responsibility from yourself, then you are already at risk. That is, he teaches, and you learn and are ready to give an answer for everything, without delegating it to anyone.

Are there many pseudo-elders now and why?

One might get the impression that there are especially many pseudo-elders today. However, people who were deluded to a greater or lesser extent have always been, since the first centuries of Christianity. Some of them were sincerely mistaken, others acted in a purely utilitarian way, understanding what benefits could be derived from this.

The specific character of pseudo-eldership of our time lies in the fact that, at some moment, a huge mass of people who are far from the Christian tradition has been entering the Church. And this mass is generally far from normal human life and common sense in fact.

Most of those who come to the Church today are broken by fate. These people carry in themselves some kind of strong grief, and in this state they are ready to accept everything at face value, or, vice versa, not to trust anything. Such a person is easy to catch. And, on the one hand, demand creates supply, and on the other, supply increases demand. And these things mutually increase.

There are still sincerely mistaken priests today. If a person decides to serve at the Holy Table as a result of a certain and sufficiently long process of spiritual maturation, if he himself has had a confessor to be guided by, then he stands firmly on his feet.

If he has just graduated from seminary, it does not matter – after school or at a more mature age, and then comes to the church, begins to serve and immediately begins to guide, then it is quite possible that something not quite right will happen to him. You should always think of yourself as modestly as possible...