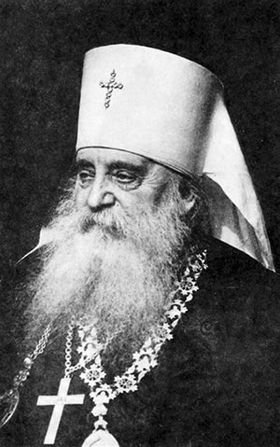 Weak faith and carelessness are expressions of people’s irreligion, but even a pious person is not protected from spiritual sickness if he does not have a wise guide, either a living person or a spiritual writer. This sickness is called prelest, or spiritual delusion, imagining oneself to be near to God and to the realm of the divine and supernatural. Even zealous ascetics in monasteries are sometimes subject to this delusion, but of course, lay people who are zealous in outward ascetic struggles undergo it much more frequently. Surpassing their acquaintainces in feats of prayer and fasting, they imagine that they are seers of divine visions, or at least of dreams inspired by grace. In all events in their lives they see special, intentional directions from God or their Guardian Angel, and then they start imagining that they are God’s elect, and not infrequently try to foretell the future. The Holy Fathers armed themselves against nothing so fiercely as against this sickness — spiritual delusion.

Prelest endangers a man’s soul if it lurks in him alone; but it is dangerous and imperilling also for the whole of local church life, if a whole society is seized in its grasp, if it makes its appearance anywhere as a spiritual epidemic and the life of a whole parish or diocese is oriented entirely towards it. This is exactly what has happened in the Russian Church, both in Great Russia and in the Ukraine, both among the simple people and in the so-called "enlightened society." This plague, under various names, began to develop in strength throughout the local Russian Church some thirty years ago, and by the time of the last war it had seized almost all parts of the former Russian Empire in its grasp. In St. Petersburg, in Moscow and on the lower reaches of the Volga appeared the Johannites, who declared the late Fr. John of Kronstadt to be a reincarnation of Christ and a certain Matrona Kisileva to be the Mother of God. To replace one Christ, others appeared — Chursikov in Petrograd, Koloskov in Moscow and Samara, and so on. The Ukraine created Stephan Podgorny, a wanderer who later became a monk and claimed to be God. Podolia and Bessarabia declared a semi-literate and drunken Moldavian hieromonk, Innokenty, to be Christ. In Kiev another uneducated monk called Spiridon, who had attained to the rank of archimandrite during the war, started to preach a new faith. In Siberia Johannism took on an especially fanatical character, and, alas, even on Mt. Athos an extremely harmful movement of delusion, called imenobozhnichestvo, has started spreading.

In high society Rasputin gave himself out as Christ, and the teaching of reincarnation, or neobuddhism, with its extremely easy methods of imaginary communication with the supernatural world, can almost be called the ruling trend of thought in contemporary society. The way was prepared for this by the writings of L. Tolstoy and Vladimir Soloviev. A certain female writer, Schmidt, all but imagined the latter a reincarnation of the Saviour. For a long time now the majority of our writers have been decadents, and although they are themselves atheists or pantheists, they also give themselves out, with considerable success, as intermediaries with the Godhead or even with the gods.

The war, and especially the revolution, have significantly cooled the ardour both of these self-deluded people and also of those who were consciously and slyly deluding others. But such a spiritual epidemic goes too deep to be completely destroyed even by the most radical political upheavals. This disease will continue, especially because not one people provides such fertile soil for the activity of self-styled seers and prophets as does the Russian people. The hero of one of Ostrovsky’s plays ("There Is Enough Simplicity to Deal with Every Wise Man") said quite correctly that in Russia anyone can give himself out as a prophet, provided that he is not lazy, nor ashamed to do so. No matter how much people are let down by his predictions, they will not stop believing in his special knowledge, but will explain the failure of the prophecy by their own lack of understanding. But the false prophet or christ will have honour, glory and every possible kind of gift heaped upon him as before. Everyone knows how destructive are the consequences of being carried away by this "Khlystism"; it begins with feats of prayer and fasting and ends with shameless depravity, or fornication.

Of course, a spiritual father cannot struggle with this sin or with Khlystism in general in its entirety. He can only advise individual Christians and warn them against falling over this spiritual precipice, as soon as he notices even the slightest inclination towards visions, predictions and things of this sort. Apart from confession itself, he must explain in sermons what delusion and Khlystism are (my circular letter about this was printed in the periodical "Light of Petchersk" in the summer of 1918). If a priest notices that the person confessing to him a Khlyst or a Johannite or, in general, someone inclined towards delusion, then he should briefly explain to him how the devil deludes Christians and even monks by suggesting the thought that they have been granted visions. Then he constantly blinds their conscience, convincing them of their apparent sanctity and promising them the power of working miracles. (These can be illustrated by referring to the life of "Svyatogorets" about the Holy Mountain Athos, Abba Dorotheus, St. John of the Ladder, or the Synaxarion). He leads such ascetics to the summit of a mountain or roof of a church and shows them a fiery chariot on which they will be taken at once to Heaven. The deluded ascetic then steps on to it and falls headlong into the abyss, and is dashed to death without repentance. If the person confessing tells of visions he has seen, then ask him if the person who appeared had a cross with him or blessed him with the sign of the Cross; if not, the visions were all from the devil; this is explained by the fathers and spiritual writers we have just mentioned. The Apostle Paul also wrote that Satan takes the form of an angel of light (I Cor. 11:14). You must also bear in mind that, when the Khlysti find out about this sign for distinguishing true visions from false ones, then, in their future accounts they will be careful to mention that the person who appeared had a cross with him and even blessed them with the cross. However, if you continue raising objections they will not be able to restrain themselves from anger. At this point immediately explain that, according to the teaching of the Fathers, anger or irritation when telling about a vision is a sure sign that the person who saw it is in delusion and that the visions themselves are false. "Angels and demons appear to the saints, but we sinners can only deceive ourselves and others if we recount our ‘visions’."

In order to open the eyes of a person who has fallen or is falling into delusion, you must show him examples of this fatal sickness taken from the above-mentioned books, and also of its invariable sign — disturbance and even irritability in the face of accusations. Should they be admitted to Communion? If they directly affirm some absurd belief, such as in the divinity of Stephan Podgorny or Matrona Kiseleva, then of course they should not be admitted. But if they offer repentance for all their sins and promise to test their visions or dreams with the sign of the Cross and to conceal nothing from the priest, then they can be admitted.

Twenty years ago, the Russian Holy Synod gave orders for priests to demand that all Khlysts known to them solemnly curse the Khlyst errors, in front of the Cross and Gospels. This was the only means of diagnosing the Khlyst heresy, as its followers are told not to reveal their secrets "either to father or mother or spiritual father." Only before an actual cursing of the Khlyst heresy will a secret Khlyst hesitate, and then the priest will understand with whom he is dealing and, of course, will not give him absolution of sins or Holy Communion unless he condemns the heresy. However, even an admission of this sort can be obtained from a Khlyst, although not in its entirety. He will swear that he does not belong to any Khlyst society and does not share their errors, but not one word of this can be believed until he has anathematized the main points of the Khlyst heresy. These are set forth in the circular published by the Holy Synod and printed in the "Church Bulletin" ("Tserkovniya Vedomosti").