Grace Enters into the Human Soul Only through Obedience

Archimandrite Raphael (Karelin). "Obedience is the Basis for Salvation". 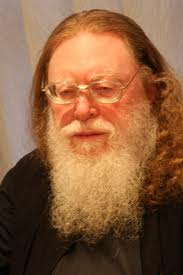 Decay and death of the human body are an image of the sin, which the man bears in his soul. But this tragedy of the sin does not mean hopelessness for men. A Christian shall return the grace in the same way as he has lost it. The Holy Fathers say that the Adam’s sin was caused by pride. Pride deprived the man of self-understanding. Pride caused dreaminess, i. e. illusory perception of himself and the world, and Adam’s confidence that he was ready to ascend to higher levels of contemplation and become equal to God. Pride deprived Adam of self-understanding in the light of grace, and, in the darkness of illusory dreams, he heard the demon’s voice: “You will be like one of gods”. Adam wanted to take from God by force what had been promised to him for obedience, and change likeness to God into equality with God. We think that St. Gregory the Theologian told the most profound words about the fall of Adam: “Adam lost Paradise not only when he was expelled from Eden, but when he lost grace through the fall”. Other illusory paradise opened in his soul, which, in fact, was an anteroom of hell. These feelings, degenerated into passions, filled the human soul as sparks coming from hell. Adam lost joy in God; and the man seeks pleasure in satisfaction of his passions. Adam considered the forbidden fruit as a talisman, so that he could acquire divine force with it; he wanted to become god through owning an external object. Now, the man seeks happiness in external things. Adam lost grace; the man exists in the field of his own passions. Adam lost peace in God; the man lives in perpetual unrest, in constant anxiety.

How should the man struggle with his passions, how to return the lost grace, not only lost by our forefather, but constantly being lost through our since?

Adam took the fruit from the tree of the knowledge of good and evil. It was the first loss of ability to distinguish good from evil. In this action, good and evil switch their places. Now the man, under the influence of passions, often confuses good and evil, that’s why he needs a spiritual guide. Saint Hermes, who lived in the time of Apostles, wrote in his book called The Shepherd: "...you will find such guide in the Church". However, one should know that the spiritual guide shall, first of all, help us to struggle with our passions, find God and ourselves, and not to solve our small everyday problems for us. The man should reveal to his spiritual father the state of his soul, passions torturing him, solve spiritual questions issues, and not to tell about his worldly everyday life. Father Sabbas used to say: “If I solve your everyday issues, I would become a layman".

In the obedience to the spiritual father, it is important to be firmly resolved to cut off self-will together with passions hidden in our selfishness. And often one can see the other situation: spiritual children ask their guide, what brand of sewing-machine they should choose in the shop or what repairs they should make in their summer house. Where there are long talks, there is no obedience. For the person, who has resolved to be obedient, several words are enough; if he fulfills them, he will cut off his main sins. And if he asks in details and spin out the conversation, he will surely forget the most important what the guide has told: you have caught on – then go to fulfill it, and if you linger in the conversation, it means that the word is not valuable for you, and you do not want to fulfill it. The man believes that he has many spiritual problems that should be told to the spiritual father at once, but from the spiritual viewpoint it is not so: solve one problem and you will see how the others will be solved, as if you have removed a link in the chain, and the other links have fallen with it.

A novice asked his spiritual father, how he can be saved, and heard in response words of the psalm: “... Set a watch, o Lord, before my mouth”. He came to his guide after several years and, when he was asked about the cause of his absence, he answered: “I have been learning to keep the commandment I heard from you, but still I cannot keep it properly”. The resolution to keep obedience, speaking very roughly, draws a person nearer to the state, where Adam was before the fall. Although passions are active in the person, he feels peace, joy, feels himself close to Good, has a special feeling of lightness and absence of oppressive concerns; besides, he hears passions as if from afar, subdued, like voices from the underground.

Obedience is the first condition for the return of grace. However, not every priest can become a spiritual father and guide, but only he who has himself gone the way of struggling with his passions and acquired spiritual experience. The problem is that lack of experience in spiritual matters manifests itself through excessive self-assurance. God’s grace helps to the priest, but does not obliterate his personality, much less makes him a kind of prophet or guesser of success in worldly matters.

Spiritual guidance has its own succession, and the elders give their blessing not to everyone, but only to some of their apprentices to continue their deeds. A spiritual guide should have the unspotted Orthodoxy. In this sphere, every distortion will be reflected in the understanding of spiritual and moral problems; so the person will perceive spiritual and emotional world as if reflected in the mirror with a curved surface. Defects in the matters of faith will make defective his own life, as well as life of his spiritual children. We know examples that spiritually ill people, who have undertaken to guide others, only contaminate them with the germs of their own spiritual diseases.

The commonest incorrect attitude of spiritual children to their spiritual father is the substitution of obedience to the spiritual father by a desire of constant conversation with him. In some cases, they transform obedience into a pretext for meetings and conversations with the spiritual father. The result is some form of spiritual vampirism, if not a desire to satisfy hidden passions. Thus, spiritual love is substituted by “platonic” love with a kind of dreaminess and romanticism, and, what is the most important, such people aimlessly take up time and energy, and seem to have a desire to usurp everything that should belong to all. If spiritual fear to the guide is lost, spiritual love to him is lost as well. Schema-hegumen Sabbas showed us that strictness and a firm hand should be the necessary features of the guide. Some other guides also showed us that lack of such features results in a field for rivalry and hysteria around them. Thus, the spiritual guide should, figuratively speaking, not only drive off demons with his staff from his children, but also to bring order with this staff among the children themselves. Sometimes, we saw pitiable situation: the guide, having forgotten of the original sin that acts in the people and showing excessive mildness and tenderness, gradually becomes obedient to his obedient children, especially to obedient daughters.

Obedience is not only an ethical and even ascetic, but also metaphysical phenomenon. According to the Holy Fathers, Adam before the fall was vested in the clothes of light, and, figuratively speaking, obedience, from the metaphysical viewpoint, sews together this lacerated lightful coat.

Obedience is not only fulfillment of the guide’s words, but also the state of the soul, such as readiness for self-denial, however it may be manifested. Thus, one may be an obedient person with internal silent obedience, as the state and resolution of the soul. Obedience gives birth to the desire of humiliation as a purifying drink for the soul. That’s why one can estimate a sincere character of obedience by the attitude of the obedient person to insults and offences. In the first stage, he considers insults to be bites, which he silently endures. In the second stage, he is glad that he has acquired something. In the third stage, he is grateful to his offender as to his benefactor and perceives sorrows as God’s love towards him. Obedience removes selfishness, what is called selfness, in the bad sense of the word, and the person obtains greater internal independence from the world with its praises and dispraises.

That’s why the spirit of pride cannot freely work in the heart of the man, who has submitted his will to his spiritual father; so pride cannot find there the former nest of selfness. The man obtains humility through obedience, and humility is fearful for demons, it is spiritual fire, and a demon cannot pass it, as a wolf cannot jump over the fire. Adam turned the eye of his soul from God to himself and preferred the creature to the Creator. We can turn our spirit to God with the help of the prayer. That’s why, to return what was lost by Adam, the man should constantly pray for absolution. Adam lost grace. The Holy Spirit descends on the man only through the Church, that’s why it is necessary for a man to participate in sacraments of the Church. Only on this condition he can fulfill the Gospel commandments as congenial to his soul, otherwise he will consider them unfulfillable, and he will say to his soul, as the disciples that left Christ: “...This is an hard saying”.

Especially nowadays, during demonization of the world, we require obedience. Earlier, the wound of the original sin was dressed, as with the bandage, with tradition, moral rules, customs, state laws, together with the Church teaching. It did not decay so openly, although pus and ichor leaked through this bandage, but nowadays the wound is boldly exposed, and the mankind almost boasts of its illness and consider the nasty smell of the wound to be a sign of freedom.

Adam violated the principle of hierarchy in his fall. He refused Him who is above the man - God, and surrendered to the demon, who is below all the creatures.

There should be its hierarchy in spiritual obedience: the higher should not be in obedience of the lower, otherwise it would be like an overturned stairs leading downwards. Anarchy shall precede the appearance of “anti-god” in flesh on the earth and create the field for the last stage of the struggle of the demonized world and its black underground with Christianity.