Obedience and Choosing of the Spiritual Guide 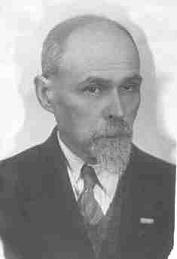 “Christ humbled himself, and became obedient unto death, even the death of the cross” (Philippians 2,8). A man was created for free will, but does it mean that he is absolutely free in his wishes, intentions, decisions and deeds? Does he have a right for headstrongness and willfulness? No, the human will is restrained by God’s laws of the universe. God determined what Adam was allowed to do and what was prohibited.

According to the Holy Fathers obedience is the same thing as piety. So St. Anthony the Great explains: “To be pious is to fulfill the will of God, that means to know God”. The Holy Fathers say that the will is the only thing that really belongs to us, and anything else is given by God as a gift. Therefore the renunciation of the will values more than many other good deeds.

As elder Silouan of Mount Athos says: “Hardly anyone knows the mystery of obedience. The obedient man is great before God. He emulates Christ, Who gave us the image of obedience. The Lord loves the soul of the obedient, bringing it quiet and love. The spirit of obedience is necessary not only in monks but in everyone else, too. Everyone seeks peace and joy, but few people know that they are obtained through obedience. Even feats without obedience may lead to vanity”.

Obviously, the primary goal for every Christian is learning not to obey himself, but the Lord’s commandments. The pure in heart can come to know them by their soul from God through the Guardian Angel. But we in our sinfulness often don’t have such ability, and we should seek to submit our will to another person - an elder, a spiritual father, an unanimous brother or just neighbour. Even if they make a mistake in instructions (not affecting our conscience) - we’ll still benefit from obedience, as breaking down our will and selfishness.

All the saints and righteous men did not trust themselves and eagerly sought for validation of their decisions — whether they conformed to the will of God. But can any Christian expect to find an elder - a spiritual guide? Schema-archimandrite Sophronios gives such answer to this question: “St. Symeon the New Theologian and other Fathers say that if a person seeks for a guide to lead him on the path of the spiritual life and does it with true intention, submission and much prayer, such a person will find him, according to the words of Christ “Seek, and ye shall find”.

However, we must remember that choice of a spiritual father is a very important and responsible step in the spiritual life of a Christian. Therefore, in addition to fervent prayer, we are to exercise the utmost caution.

As we know it from the Epistles of Paul the Apostle, there were “false apostles, deceitful workers, transforming themselves into apostles of Christ”. (2 Cor. 11, 13). That’s why a Christian, having no enough discernment, should pray a lot, ask advice of the spiritual people, before he will make a decision to choose a guide. He needs to know this person better and understand if he has Christlike love, humiliation and experience in spiritual life.

"Let’s, - says St. John Climacus, - seek spiritual guides not all-knowing, not clairvoyant, but mostly important — humble, who are closer to us in terms of the moral values, place of residence, experience in treating the same soul’s ailments”. Like every virtue obedience demands discernment, especially when we talk about mere spiritual issues. In these cases, the Optina elders teach us to check advice of a spiritual father with the Holy Scripture and writings of the Holy Fathers. And if the advice contradicts them, we may refuse to follow it.

When we talk about mutual obedience of Christians to each other, it is worth to recall the story when the apostles themselves went against the orders of Jewish leaders, who demanded to stop preaching about Christ. They said, “We ought to obey God rather than men”. (Acts 5, 29). Hence the Christian must not obey, but refuse neighbours’ requests and demands, if they contradict God’s commandments, the voice of conscience or lead to spiritual harm to himself or his neighbours. And there is one more advice to all Christians, both the elders and spiritual children. It concerns the need to be very attentive to the first words of the elder on every issue and the risk to argue against his instructions.

As the elder Silouan says: “For the faith of the questioner, the answer of the elder or spiritual guide will be always good, useful, God-pleasing, as the spiritual guide, serving the Lord, answers to the question, being then free from the action of passion, which has an influence on the questioner, and this circumstance helps him to see things clearer and perceive the God’s grace easier.

Going to the elder or spiritual father for advice, you have to pray the Lord to reveal His will and the way to salvation through His votary. And you should seize on the confessor’s first words, his first intimation, and go no further. There is wisdom and the secret of true obedience. Such absolute spiritual obedience with no objections and resistance not only expressed, but also the internal, unexpressed, is the only condition for receiving living tradition. If you dispute with the spiritual father, he may cede as a human”. And the elder adds: “The Spirit of God suffers neither violence nor argument, and it is a great thing - God’s will”.

All this conforms to the words of St. Seraphim of Sarov, who said: “I consider the first thought that comes to my mind as sent by God. What I say is spoken without my knowing what goes on in the heart of the person I am talking to, but in the belief that it is God’s will and that it is for his good. And sometimes, when I am told about some issue and try to solve it with my own mind, not surrendering it to Lord, mistakes are inevitable”.

At the same time the elder may give advice not for all people. When the elder Silouan was asked, he “sometimes said to the questioner with the belief and certainty the God’s will to do this or that, and sometimes he answered that he did not know the God’s will about him. He said that God might not reveal His will even to Saints, because the questioner addressed them with an unfaithful and wicked heart”.