Schema-archimandrite Abraham (Reidman). "The good part." From the conversation about self-pity and overconfidence. 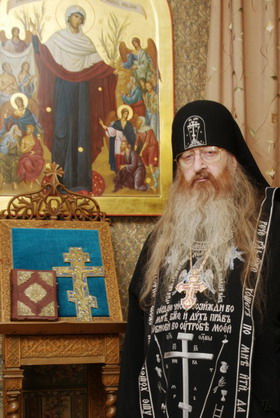 Once I read the book of Archbishop Anthony (Golynsky-Mihailovsky) about the Jesus prayer. This interesting book is supplemented with short memories about the author. He suffered a great hardship, for many years he was in jail, he had several sentences in prison camps, but at the same time he was an ascetic: first, he prayed a lot with Jesus prayer; secondly, every day he read daily liturgical round, no matter what the circumstances were, even on the road. And he forced his spiritual children to do the same, and that is besides praying by beads. He died very hard, and he explained the cause of it. One day, a woman came to him and confessed her sin and the sin of her confessor. She sinned with her spiritual father, who was then nearly seventy years old! And before that, he was known as a famous ascetic and faster. He did not dare to confess this, and already dying, asked her to repent for him. This woman begged Bishop Anthony so much, that he could not resist and took this sin over him, and that’s why he died so hard. Just imagine, if a seventy-year-old person after the ascetic life fell into fornication, why thirty-year-old guys think that they are safe?! It is not known how the rest of the life will come about and what will happen next, what temptations and trials he will meet. Today, the devil does not touch you, because, may be, you do not touch him, but tomorrow you pray a little, and this may cause battle – you will want to do the same as Pygmalion. So you should not go into premature excessive calm and think that everything is in order. Overconfidence makes man think that if he lives in security and relatively quiet for some time, by the grace of God, so it always will be like this. In fact, this conclusion is totally groundless.