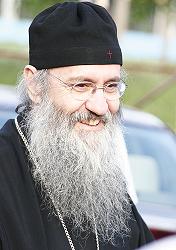 An effective method of getting rid of thoughts is to confess them to an experienced spiritual father. St. John Cassian says that "just as a snake which is brought from its dark hole into the light makes every effort to escape and hide itself, so the malicious thoughts that a person brings out into the open by sincere confession seek to depart from him" (487). Nothing so harms a monk and brings such joy to the demons as hiding his thoughts from his spiritual father (488). In this way his whole spiritual life is twisted and he becomes a plaything in the hands of the devil, who can do what he likes with him. Therefore St. John Cassian teaches that nothing leads so surely to salvation as confessing our private thoughts to the most discriminating of the fathers and being guided by them rather than by our own thoughts and judgement (489). "He who conceals his thoughts remains unhealed" (490). Therefore we must confess the persistent thought, bring it to our spiritual father who has responsibility for our salvation. "Any thought that tarries in you and engages you in warfare, reveal to your Abba, and he, with God's help, will heal you" (491). When we speak of a persistent thought we mean one that does not go away in spite of our objection, scorn, and prayer, but continues to wage war against us, like the impassioned thought which is united with the passion.