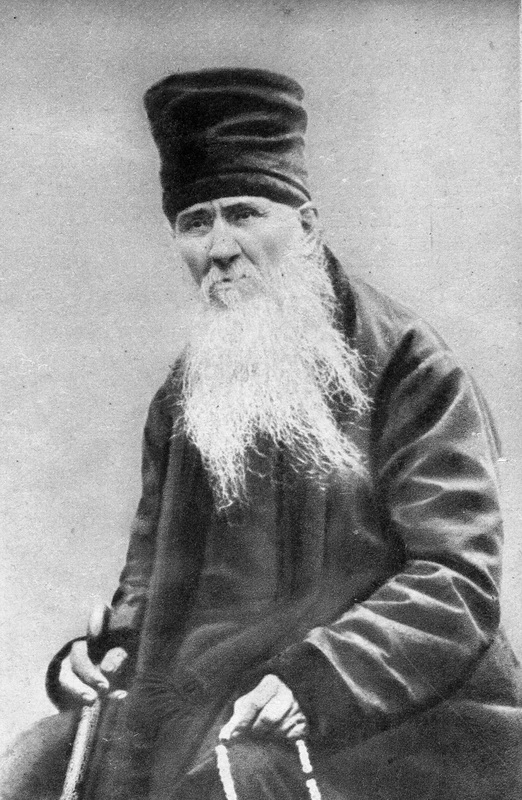 In one letter you mentioned that you had a discussion with NN about relics and some bodies of the sinners, not having rotten after death. Indeed, now at Athos, there are no relics, as they say, by the following circumstance.

One pious elder lived there in stillness and solitude and always taught his disciple to keep still and solitary life. Upon the death of the elder in a year, according to the custom of Athos, monks dug up the grave and found the head of the elder, exuding fragrant and healing myrrh. Many people came to worship this head and anointed themselves with the healing myrrh, and so disturbed the solitude of the disciple. Therefore he said reproachfully to the deceased elder: "Father, in your lifetime you always schooled me to stillness and solitude, but after your death you break it."

After these words, fragrant and healing myrrh dried up, and there was only plain bone, and people stopped coming to worship it. And they said that thereafter monks found in the graves just bones, yellow, or white, or black ones, which helped them to distinguish states of the deceased souls; or they found bodies, non-decomposed and dark.

All brethren prayed about such souls for three years, each year digging up the grave and asking local bishops to read the prayer of absolution. Some of the bodies remain non-decomposed after three years.  So they are left as they are.

The reason is supposed to be the following: God forgives sins against God for prayers of others, especially for prayers of the church and for commemoration at the Bloodless Sacrifice, or for the alms given for those dead; while God does not forgive sins against a neighbor - an insult and unfair deeds- until the insulter or offender satisfy the hurt in time or reconcile himself with the neighbor requesting the forgiveness. (In monasticism such cases may happen for self-will and disobedience to the admonitions of Fathers and the commandments, for the lack of repentance and concealment of sins.) In the forties, or before, the Turks looted Bessarabia. The Russian government demanded satisfaction from the Turkish; the robbed inhabitants were ordered to demonstrate their damages. Those who showed the losses unfairly and doubled and trebled them, had their bodies non-decomposed and dark after death.

In Russia there are many relics of saints: Saint Sergius of Radonezh, Saint Bishops Mitrophan of Voronezh, Tikhon of Zadonsk, Dimitri of Rostov and others which testify about their sanctity with the miracles.

Sinful bodies can also be non-decomposed. One day a body of the hierodeacon, non-decomposed and dark, was accidentally found in the monastery.

At that time a local bishop went to the diocese. The bishop was asked to read the prayer of absolution over this body. But after the prayer, the body remained in the same state. The bishop asked them who he was and what was the cause of this situation. The reply was that he was the only son of a poor widow and he retired to the monastery against his mother’s will, and his mother always complained at him due to poverty, and someone said that his mother was still alive. The bishop ordered to find his mother. They brought in a ninety-year old woman, who was bent. The bishop, pointing to the state of her son, asked her to forgive him. But the old woman, turning away, disagreed and said: "I have endured so much grief due to him!"

The bishop continued to persuade the old woman, and finally said: "If you do not forgive him, you will be bound yourself". The old woman, having been convinced, said, as it were unwillingly: "Well, God will forgive him!" The dark body crumbled to dust immediately.

Here is my humble discourse in response to your discussion. I am writing this in a great lack of time, and rubbing myself with simple alcohol because every morning I get up with difficulty and exhaustion, feeling freezing.